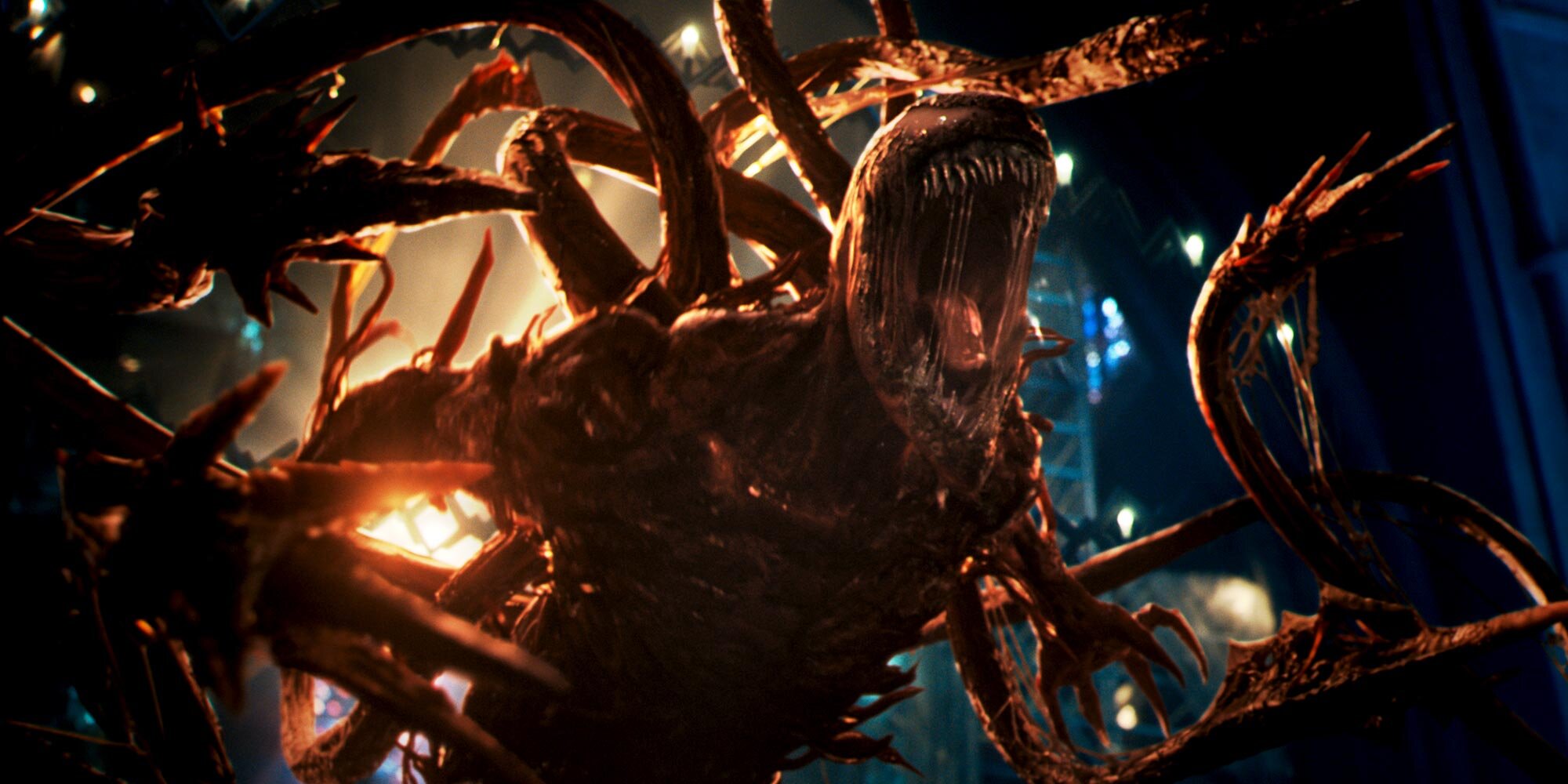 In 2018's Venom, symbiotic aliens came down from a comet and invaded the body of Tom Hardy. (That cuts out a few steps, but we digress). The movie began as serious Marvel business, supposedly — an extended-universe nod to the comic books, and an establishing cameo in 2007's Spider-Man 3 — though where it landed felt a lot closer to chaotic buddy comedy: a platonic love story between a man and the extraterrestrial insult comic living inside him. None of it made a ton of sense, but it did make more than $850 million at the box office. So now that id has been fully set free in Venom: Let There Be Carnage — a sequel whose title is both a promise and the premise, in its entirety.

Is there a plot? Sort of, as far as the fact that Hardy's hard-nosed San Francisco news reporter Eddie Brock — now resigned to the truculent roommate, more like a teenage Kraken, who shares his body and his apartment — has been called up to investigate the case of a grinning psychopath named Cletus Kasady (Woody Harrelson). Cletus had a rough childhood, in that he killed nearly everyone in it; the only person he's ever found the heart to care for is Frances (Naomie Harris), his former fellow psychiatric patient now locked up for years in a secret facility because when she screams, the sound is so extreme it's an actual sonic weapon. (Also because like him, she's criminally insane.)

Cletus has been sentenced to die for his crimes, but a local detective (Boardwalk Empire's Stephen Graham) wants Eddie to find out where all the bodies are buried before he goes. A careless jailhouse encounter lets Venom's DNA make an unauthorized transfer, and soon Cletus has his own Kraken inside him, Carnage. (It's just like Eddie's, only bigger and meaner and redder). There's also a chance that Eddie's lawyer ex, the long-suffering Anne (Michelle Williams, hopefully getting a giant paycheck for this) and her new love, the hapless Dr. Dan (Reid Scott), will be drawn into the battle of symbiotic titans that ensues. And that the movie will have to demolish several San Francisco landmarks, uncountable bystanders, and most ideas of sense and continuity along the way.